Well folks… I’m dating myself by starting off with “Where’s the Beef?”  I believe that quote got made famous by an elderly woman shouting it out in an old Wendy’s commercial.  Stuck in my mind though, so their campaign worked!  Anyway, as promised I told you in my last blog that I would help you figure your protein quantities for your next large group event.  I also told you I would assist in how to best use different cuts of beef.  I’m sticking to beef, pork and chicken this time around – maybe I’ll touch on seafood and fish another day.

Let’s start with beef because beef is the hardest cut of meat to figure.  There are so many cuts that are the same but they are called by different names.  This is a selling tool for

different parts of the country.  Flat steak, blade steak, tri tip etc.  Think about how much time you have to prepare your meal and choose which cut you want based on that.  If you have plenty of time, consider a beef brisket.  These cuts are great tasting but need a long time to cook.  Low and slow as we call it.  (Low temperature for a long time.)  You would not want to start a brisket at the same time as a prime rib.  The brisket is a much denser cut of meat and takes much longer to cook.  It also needs low temps to tenderize the meat.  So, if you’re in a hurry, pick a leaner beef that you can either throw on the grill or in the oven for a much shorter period of time.

Once you’ve settled on your meat choice, you now need to figure out how much you are going to need.  Let’s say you are having 10 people over.  Start with a portion size for each person such as 8 ounces.  Take 8 ounces and multiply it by the number of guests (so 8 ounces x 30 people w

ould equal 640 ounces).  Take that number and divide it by 16 ounces to get your overall pounds.  In our example, the 240 ounces would be equal to 15 pounds.  This is where most people make a mistake though.  The 15 pounds is what you want to have left for your guests after it’s been cooked.  You’re going to lose some weight in the cooking process and in the fat count.  To be safe, order 30% more then what you need.  Using our example we would need 19.5 lbs of uncooked beef in order to get those 8 oz steaks for everyone.  Be careful if you’ve picked prime rib though, there tends to be more fat on this cut.  We recommend using NY Strip roast in its place.  We have found over the years that we have cut into a prime and got a big fat surprise.  Nothing like losing several pounds of product to a large fat pocket that you were unaware of!

Now let’s move on to the pork.  Pork is a bit easier because there aren’t as many cuts to deal with.  Chops, short ribs, baby backs, shoulder (Usually called butt) and tenderloin are the most common.  (Trivia Break…why would you call shoulder meat “butt”?  Well back in the day, pork shoulder was shipped in a container called butts.  Handy piece of info for you to pull out at your next event!)  Figuring the portion size is the same as beef so follow the same mathematical equations I gave you above. Ribs are different – just figure on about two serving per rack and you should be pretty safe.  (Chef’s tip – cut the racks in fourths to keep people from taking more than they can eat. Leftovers are more fun than wasted food on plates.)

Finally, we end on chicken.  Chicken is the best on “yield” (waste).  You don’t need to plan for as much waste but if you keep it at 30% you will definitely have leftovers.  If you’re wanting to make a grilled chicken breast or some other whole chicken breast dish, use 6 ounces as your portion size.  If you want to cut costs, choose dishes that can be made with white and dark meat instead.  Breast meat is more per pound than leg and thigh so if you can cook the two and then mix them you will save yourself some money.  Things like enchiladas or tacos work well for this.

And for fun, consider having a mix of your proteins.  You could offer both chicken and pork enchiladas instead of just having one kind.  Or you could pair your steak with some chicken.  I recommend having a smaller portion of each protein if you do that rather than going half and half since you will always have some guests who want to sample one of each.

There you have some of the secrets of planning a large meal!  And I can’t stress enough how fortunate you are as a consumer to have a restaurant supply store at your disposal.  So, don’t forget about the Chef’s Store I mentioned before. (They are located at McClintock and Southern in the NE corner shopping center.)  You’ll save yourself a lot of money as a host if you learn to break down those larger cuts of meat.  And if you’d rather not figure that out, that’s what we here for.  You can always scrap all this math and shopping and cutting meat and just hire us to do all that grunt work for you.  Either way you choose…Party on! 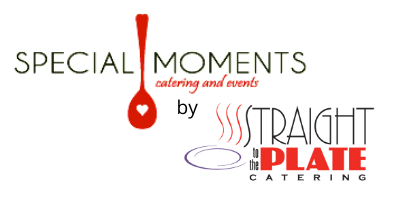 Special Moments Catering | A division of Straight to the Plate Catering